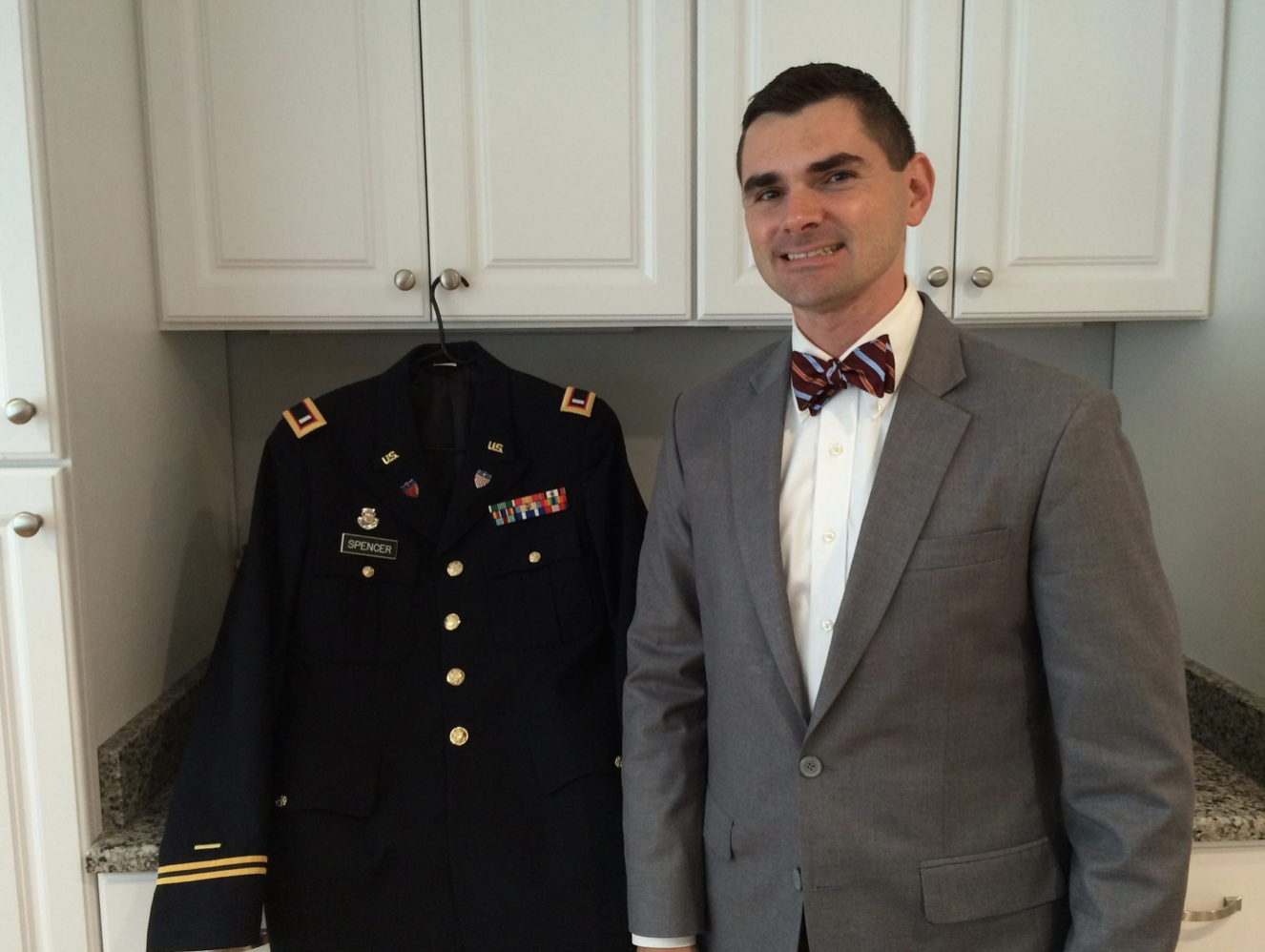 After spending nine months in Afghanistan, First Lt. Scott Spencer has returned home to Norwood and is adjusting to live as a civilian.

Though he was in Afghanistan, Spencer received a reminder of home thanks to his wife’s efforts. Emily Spencer founded the Heartillery Group, a non-profit organization that sent numerous letters, include Christmas cards, to soldiers serving overseas. Spencer knew of wife’s efforts, but didn’t realize the scope of them. “I didn’t know much about it or how much it took off until around Christmas, when I saw some of the articles and the cards started to come out,” Spencer said. He received a number of unaddressed letters offering season’s greetings, and he distributed them to soldiers at a Christmas USO concert featuring Kellie Pickler.

“The cards went everywhere,” Spencer said. “A lot of people were just amazed, said thank you and were very appreciative.“