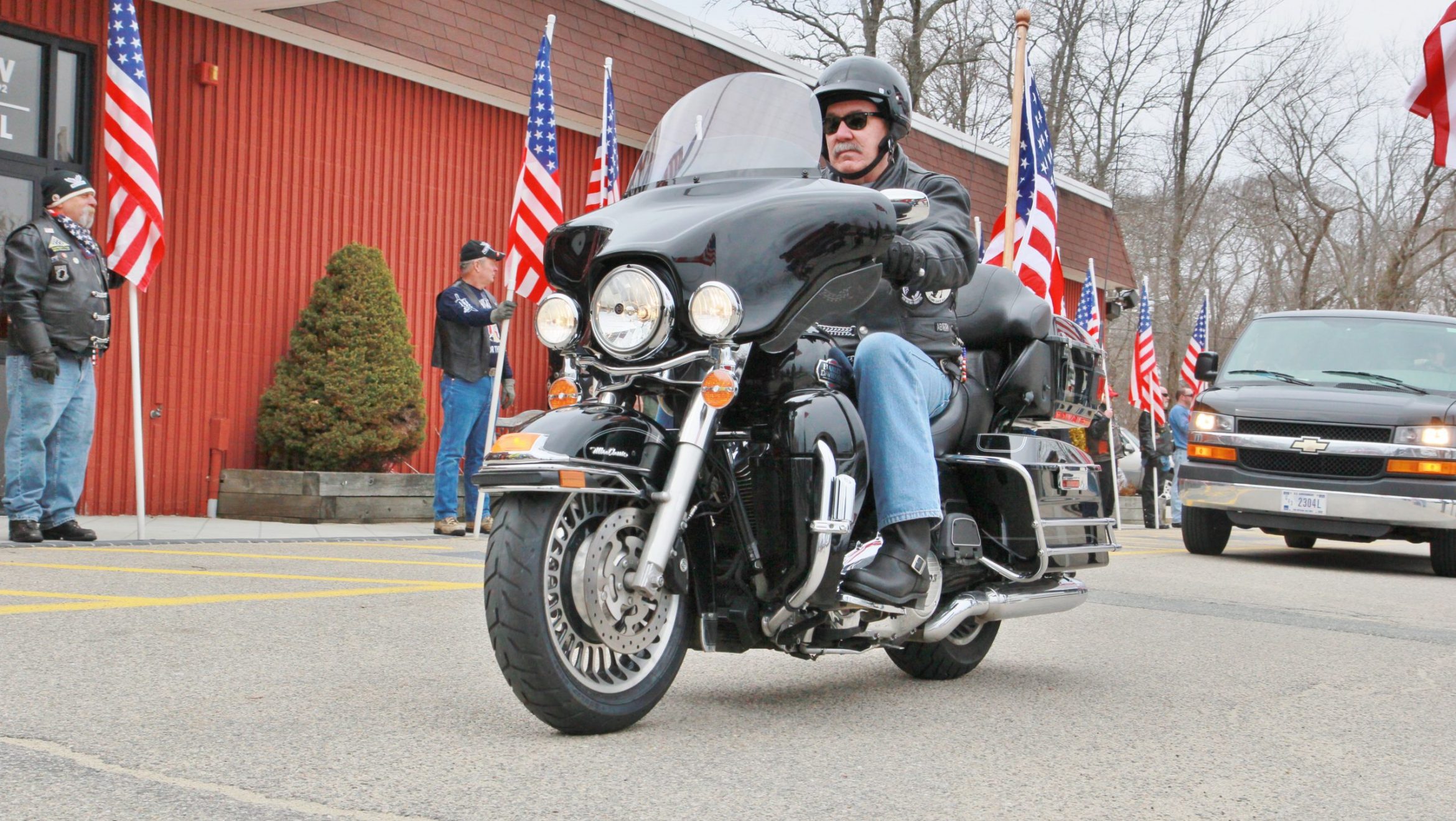 A group of 114 soldiers is back home after serving for nine months in Kandahar.

AVON – A sea of American flags carried Saturday afternoon by dozens of people greeted a group of soldiers who had returned home from serving in Afghanistan. Amid clapping and cheering, soldiers from the Army’s 532nd Port Management Team made their into the Avon Veterans of Foreign Wars Post.

“It’s really overwhelming to see this outpouring of support from family and friends,” said Lt. Scott Spencer of Norwood. It was the first time in Afghanistan for the 34-year-old reservist. “To see the whole town welcome us home is a real blessing,” he said.

His wife, Emily Spencer, helped to organize Saturday’s homecoming event. She worked as a family readiness group leader for the unit. “Taking care of our families has been a huge honor,” Spencer said. “It’s been a very long year and we all stand together.”

Spencer also created the Heartillery Group, which sends soldiers cards overseas. They have sent 15,000 cards to soldiers for Thanksgiving, Christmas, Valentine’s Day and other occasions.

“It was a cure for loneliness,” said Spencer. After sending out a message on Facebook, the group now has 25,000 members.