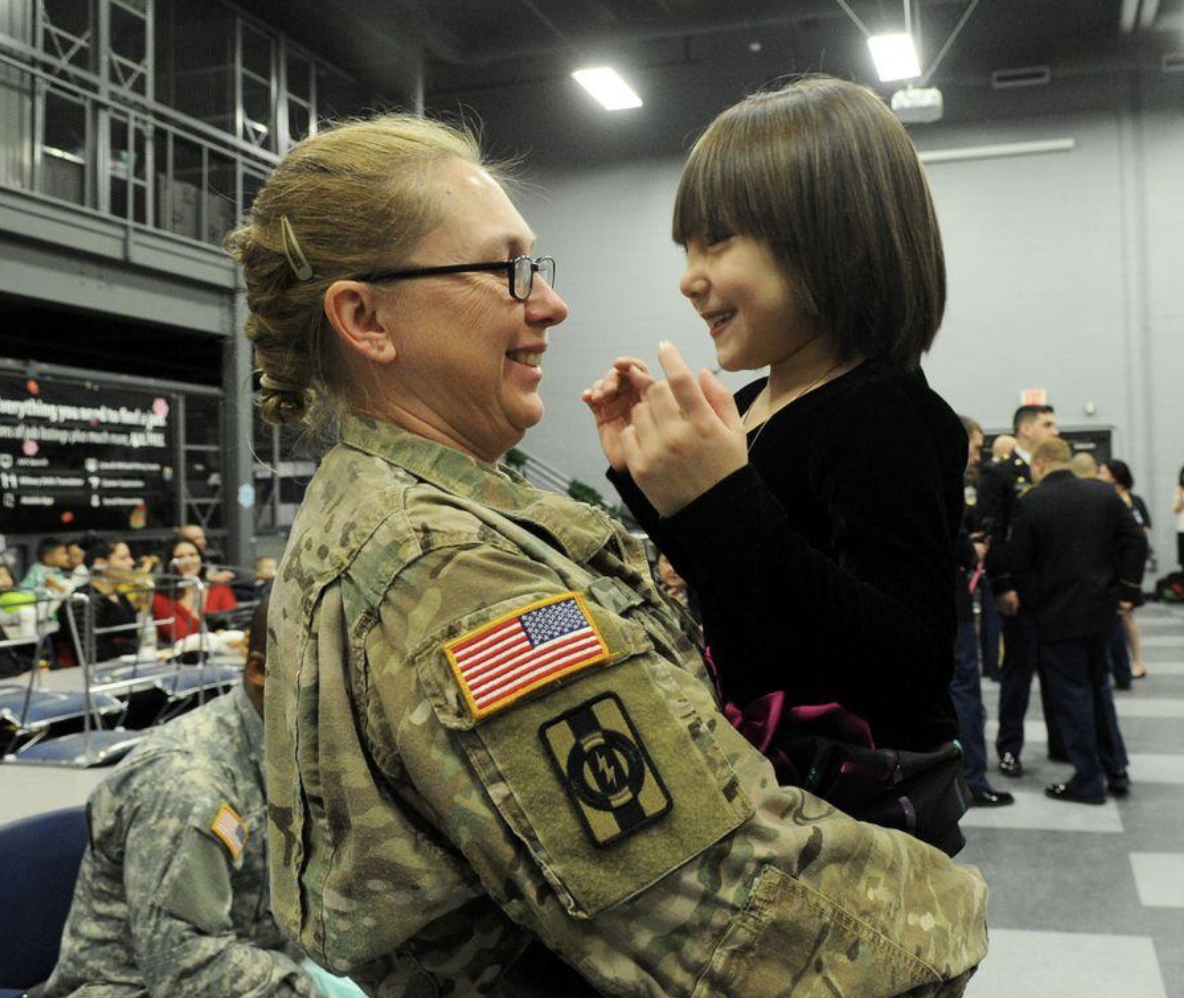 Army Lt. Col. Theresa Rusin spent nine months away from her husband, Denny, as she served on the front lines in Afghanistan. Sunday morning, amid applause from fellow service members and their families, she gave her husband a bouquet of white roses – and a kiss – to thank him for his support while she was away at war.

Milton native Emily Spencer was also honored during the event for her work in supporting soldiers at war.

In 2012, Emily Spencer started the nonprofit Heartillery Group, which sends cards and care packages to U.S. soldiers serving in war zones. Just three months after their wedding, her husband, Army 1st Lt. Scott Spencer, was deployed to Afghanistan for more than a year.

To date, the group, whose website is www.heartillerygroup.com, has sent more than 120,000 cards to soldiers worldwide, she said.

Emily Spencer, 34, now a Norwood resident, said the group has helped her connect with other families who are going through similar hurdles while their loved ones are at war.

“It saved me as much as it saved them,” she said of the group’s efforts to communicate with soldiers.