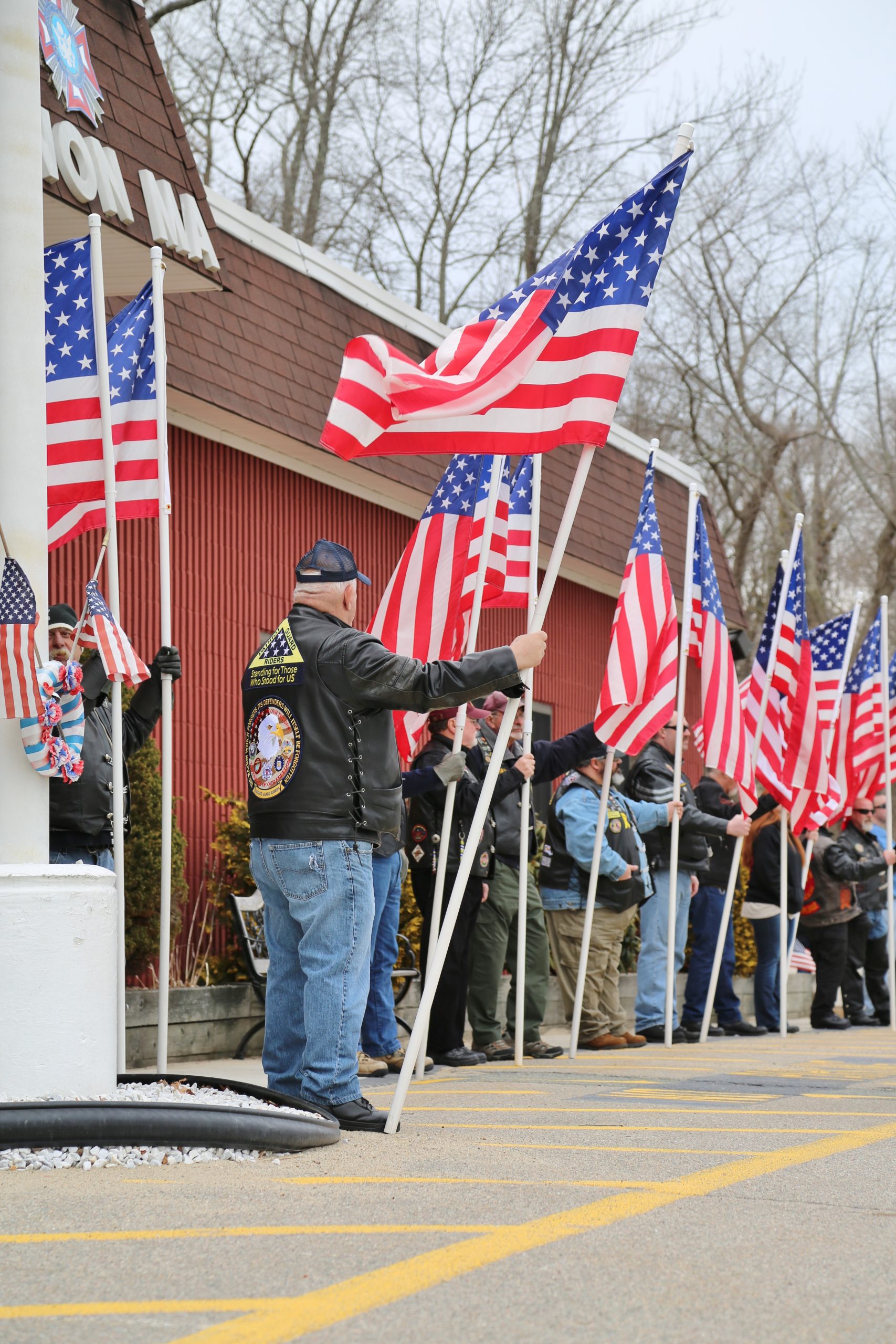 After nine months in Afghanistan, 21 members of the Army 532d Port Management Team arrived with a motorcycle escort to a receiving line of veterans and family members with American flags at the Veterans of Foreign War Post in Avon on Saturday. They had already seen their families, said First Lieutenant Scott Spencer of Norwood, but had not gotten a big homecoming in Massachusetts.

Spencer’s wife, Emily , part of the Family Readiness Group charged with helping unit members’ loved ones at home during deployment, started planning the homecoming last March, just after the 532d left for training.

During Scott’s time in Afghanistan, Emily started a Christmas card drive that turned into a project called Heartillery Group, through which people can send cards to deployed American soldiers around the world.

“When my families were really having a tough time, it was nice for them to be able to put cards together and know that their loved ones were getting love and getting cards from 24 states — from all over the United States,” Emily Spencer said. “It’s all about love. And after all these men and women do for us, it’s the least I can do to make sure they know this country appreciates all they do for us.”